Imagine hearing a noise in the middle of the night and waking up to a strange man in your bedroom, staring at you while you sleep.  Well it's happening repeatedly and Ramiz Hajratalli, 31, has been caught twice since August 11 breaking into homes in Saratoga Springs and watching residents sleep.

Police said he broke into a Caroline Street home at about 1:30 a.m. and watched its female resident sleep. Hajratalli ran out of the home after the female woke up and yelled at him, police said. This wide eyed weirdo has been caught a few times, and both times he's been released after he posted cash bail according to an article by the Daily Gazette.   Many people in Saratoga Springs have been made aware of the "Sleeper Creeper" and people are protecting themselves when they get into bed.

It's only a matter of time before he creeps on the wrong side of the bed. 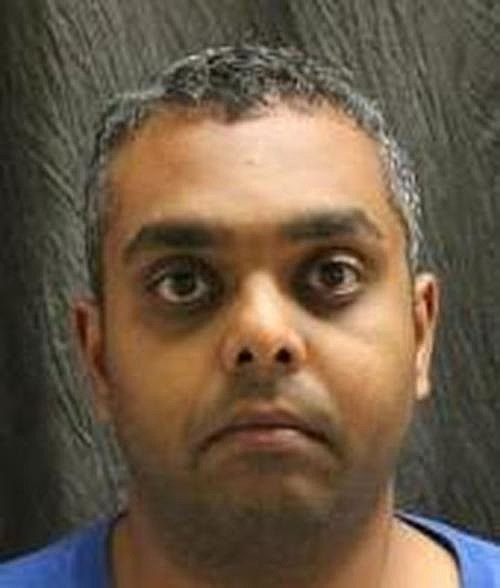 Filed Under: Brian and Chrissy, creepy, Saratoga Springs, sleep, sleepercreeper, wgna
Categories: Brian & Chrissy In the Morning, News
Comments
Leave A Comment
Affordable ‘Workforce’ Apartments For Teachers, Nurses in Saratoga
Where To Get Free Budweiser In Saratoga Springs This Weekend
Food Network Says This Upstate Eatery Has NY’s Best Fried Chicken
Gallop Through This Gorgeous Saratoga Race Course Themed Mansion
Everyone is Welcome at This Unique Underground Bar in Saratoga
SPAC Facts! Did You Know These 10 Tidbits About Saratoga’s Jewel?
At Age 83, Could One of the FBI’s ‘Most Wanted’ be Hiding in the ADKs?
Did You Know This Delicious American Icon Calls Saratoga Home?
Superb Saratoga Restaurant Is One Of DoorDash’s Top 100 In The US